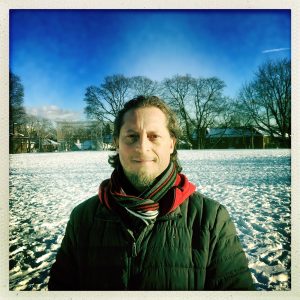 José Ocando is a Venezuelan-Canadian, he’s a musician, an attorney, a producer and an audio engineer.

José is better known for being the guitarist and vocalist, the main music composer and lyricist, for the Venezuelan Progressive Hard Rock band La Fe.

Born in Caracas, José formally founded La Fe in 1994, with great bassist Guillermo “Tato” Marcano and his dear friend and wonderful late drummer Lugardo Garcia who unfortunately passed away in May 1995 due to health complications.

In December 1995, while in mourning for the passing of Lugardo, José met magnificent drummer Gustavo Salas while at a friendly gathering with AES Citation Award  renowned audio engineer, Elmar Leal, at his major recording studio facility “Estudios Arte Sonoro”. José and Gustavo clicked immediately, in a musical and personal level. Days later, Gustavo had an audition with José and Guillermo, right on the spot, he filled the drummer position, for La Fe.

This most acclaimed line-up of La Fe, would continue to play to audiences, for almost 15 years.

In 2011, José moved to Montréal, Quebec, then in 2012, he moved to Toronto, Ontario, where he graduated as an Audio Engineer.

Since then, José Ocando continues to create his own new music and work with Canadian and international artists, as a recording and live engineer, producer and composer, including films and documentaries.