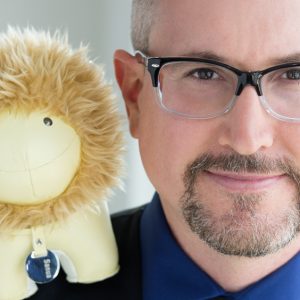 A Toronto, Ontario singer/songwriter with a knack for crafting quirky, yet heartwarming songs, Matt Gerber is known for his ability to capture an audience’s attention with his combination of ukulele, kazoo and clever lyrics. Growing up in Wellesley, Ontario, Gerber sang in youth choirs and in a Barbershop Quartet. It was soon after University that he caught the songwriting bug.

By the time 2009 rolled around, Gerber, along with Mel Deogrades, John Prinos, Joseph Shaar and Jamie Birnie had formed the band Thirst and Stop. Thirst and Stop released their debut album “Airing The Pilot” in December of 2009. In the Fall of 2013, Gerber released his first self-produced full length solo CD, “Ain’t That Dandy!”. 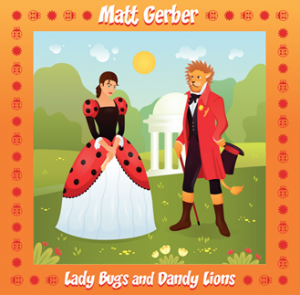 Fast forward to November of 2017 and, like Vitamin Joy, from outer space, Matt Gerber’s latest full-length solo album “Lady Bugs and Dandy Lions” has arrived, providing a dose of up-beat/kid-friendly music to charm and delight listeners. “Lady Bugs and Dandy Lions” is produced by Harrison Fine (2 time recipient of NOW Magazine’s Best Producer award for 2014 & 2015).Matt is an avid board game player and movie buff, as well as acting as Music Director for the talk-show format live program Mullet’s Night Show since 2016.

I’m pleased to announce that my music is finally taking off. Literally! Anyone flying with Qantas or Jetstar over the next while will have the opportunity to listen to “Hide and Seek” on their in-flight radio channels. A big shout out to Kinderling Kids Radio for helping my music to reach new heights! – May 1 2018.